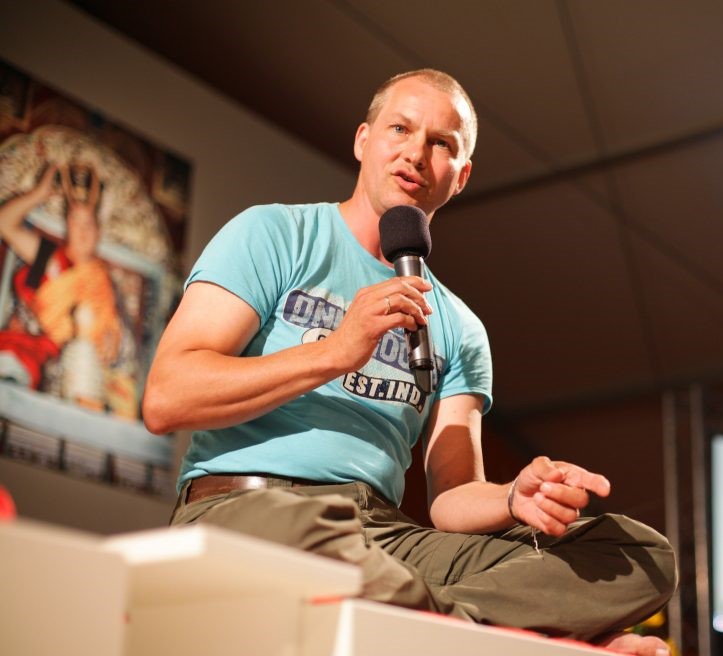 We warmly welcome all to series of lectures in Diamond Way Buddhist Center Stockholm, given by Didi Rowek followed by guided meditations.

Didi was born in 1961. At the age of 10 he lost his sister due to a car accident and since then he tried to understand the concept of impermanence.
1984 he met Diamondway Buddhism and 2 months later he met Lama Ole Nydahl during a Mahamudra course. He became a student of Lama Ole and took refuge with him.
In 1992 Lama Ole asked him to travel and teach about Diamondway buddhism.
Since then he have been teaching in nearly all European Countries, Israel, Russia, USA and South America.
He runs a TCM clinic and a Tai Chi Chuan School and lives with his wife in the Retraet Center of Schwarzenberg/Allgäu in Germany.
Program:
Friday 17/1
19.00 Lecture: View, Meditation and Action
Saturday 18/1
19.00 Lecture: Death and Rebirth
Sunday 19/1
12.00 Lecture: Love and Partnership
The lectures will be in English. 100 kr per lecture.
+ Google Calendar+ iCal-export